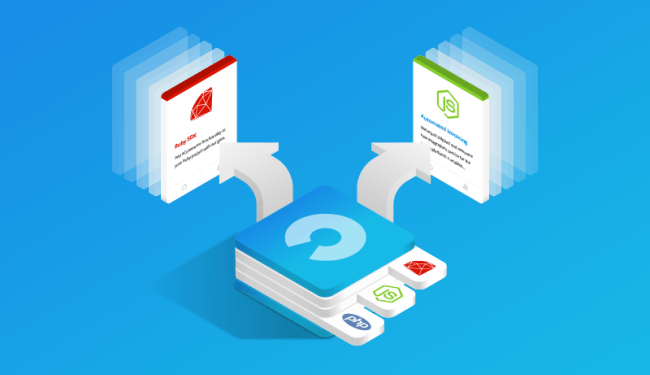 If you’re looking for a cheap or free open source ecommerce platform, you’ve come to the right place.Well, technically, you could choose just about any ecommerce framework, since the majority of them are rather inexpensive as it is.

However, the open source model has brought about all sorts of praise from the people who use it, especially considering these online store systems are completely free, they’re managed and developed by numerous people around the world, and you can typically find lots of documentation and blog posts to guide you along your way.

When researching and choosing any of these ecommerce frameworks, it’s important to decide the type of development experience you’re looking for.

Here are a few questions you should consider asking yourself:

Or would you rather pay a small fee per month to have hosting and all ecommerce features wrapped up in one nice package?

One of the main decisions is whether you’d like one of the open source (free) ecommerce platforms or a more user-friendly one that involves a monthly fee.

For instance, you could opt to pay as little as $9 per month for an ecommerce platform like Shopify, which has everything like hosting, a website builder, plugins, marketing tools, and inventory options included.

I personally would always go with an option like Shopify over an open source system, but there are some reasons to consider the latter:

As always, there are several downsides to open source:

It’s entirely up to you to decide which type of platform is right for you, but for now, let’s talk about the best open source ecommerce platforms on the market.

WooCommerce is a WordPress plugin, so you’ll have to install WordPress (open source) on your host, then install the WooCommerce plugin onto your site. It automatically turns any WordPress website into a fully functional online store, with inventory management, coupons, and product pages.

X-Cart has helped to create over 35,000 online stores, and this has been growing over the past years. As with all of these ecommerce platforms on the list, it’s free, open source, and self-hosted.

X-Cart is often considered one of the fastest open source platforms on the market, and it also has an incredible number of features for you to sink your teeth into. There’s also a free trial for the premium plan, which goes for $495 (one-time payment).

The whole reason Zen Cart was created was so that people without development degrees could build their own online stores.

I wouldn’t go so far as to say that you don’t need any coding knowledge, but it’s pretty close.

But, I can assure you this:

Zen Cart is more user-friendly than many of the other open source ecommerce platforms, so it might be worth looking into if you want to scale up quickly but you don’t have advanced skills.

Magento is one of the most popular open source ecommerce platforms, and for good reason.

To start, it has more features than you can ever expect to use. However, this opens up all sorts of avenues when it comes to marketing to your customers and creating things like membership plans, recurring payments, and discounts.

Do you seek complete control over the design and functionality of the site?

If the answer is a solid yes, consider Magento Open Source. It’s very similar to that of WordPress, where the community is strong, you can choose from hundreds of thousands of themes, and there are plenty of extensions to get your hands on.

You can use this online logo maker to design a professional logo.

Compared to other open source platforms, OpenCart is actually pretty easy to use and lightweight. It’s free and there is a decent community to turn to if you have problems when designing your store.

I recommend it for startups since it doesn’t take too much time to customize the website from scratch.

Due to the ease of use, the overall cost of setting up a store typically decreases.

For instance, you don’t have to pay for a special developer, the themes aren’t expensive, and you definitely don’t need any plugins.

PrestaShop is a somewhat new in the ecommerce platform game, but it’s made a name for itself with its ease of use and the beautiful interface. Another thing to consider is that it doesn’t take much experience to install the plugin.

Therefore, beginners and intermediates will find it pretty easy to get started.

With osCommerce, you have access to a thriving community of developers and users, with a wonderful forum to check out solutions to your problems and talk with other people. Almost 300,000 online stores are made with osCommerce, so you know there are plenty of companies that already find it suitable.

The pricing is obviously a plus since you don’t have to pay a dime to launch an online store. I would also give it top marks for the features, online support, and ease of use.

JigoShop often gets compared to WooCommerce because of its ease of use and clean interface. You can also expand the functionality of the site with a wide range of plugins and add-ons, making your website far easier to scale up.

Overall, the development of JigoShop has improved over the years, so you’ll find that JigoShop is pretty easy to pick up, even as a beginner. You’ll find a basic dashboard, incredible themes (which are better than most themes from other platforms,) and a speedy interface when adding anything from products to promotions.

Drupal is one of the most common options to go with when designing any kind of website. It’s one of the close competitors of WordPress since a strong percentage of the internet is powered by Drupal.

Not to mention, you can make pretty much any type of website with it.

As for Drupal Commerce, this is a separate module that allows you to build your ecommerce site rapidly, and it’s one of the best solutions if you plan on scaling up quickly.

The bonus is- there’s a huge community of people behind Drupal, so you can turn to the forums, social pages, and blogs for support.

WP Ecommerce is the overshadowed cousin of WooCommerce. They’re not technically related at all, but it’s a solid WordPress plugin that doesn’t get nearly as much attention as WooCommerce.

Let me tell you how it works. First, you install WordPress on your hosting server, followed by the WP eCommerce plugin.

This transforms a regular WordPress dashboard into an ecommerce control center. So, you can add products, run promotions, create categories, and more.

As simple as that!

Smaller sites will be fine with the plugin, but you have to install paid add-ons for extra functionality.

Ubercart is often compared to Drupal Commerce in blog posts.

Drupal Commerce was created by an old Ubercart developer. Therefore, many people argue that Ubercart is the best because it’s the original and has more features to play around with, while others state that Drupal Commerce is the more improved version of Ubercart.

This is what you can normally find when an employee leaves his or her company to create an own and fire up the competition.

But, there are significant differences, making it rather important to find the one that fits your business the best. It would be a pain to migrate from one to the other after making a wrong choice.

In short, both are highly customizable, but Drupal Commerce is more geared towards complex customizations. Most of the differences can be found in the extensions and add-ons, since some extensions just aren’t available in each library.

That’s why it’s essential to research which add-ons are needed for your company before pulling the trigger on an ecommerce platform like this.